When do we create pull requests?

Did you ever wonder when Depfu will send you the PR for a new version?

We haven’t been super transparent about that in the past as we were also experimenting with different strategies. But one major theme has become apparent: we’re not that interested in real-time. We think updating as soon as possible after a new version gets released rarely make sense. When it does make sense we do send you updates right away and when it doesn’t, we now allow you to control it yourself.

There are a few layers of latency when it comes to new releases in Depfu:

When do we detect new releases?

When do we run new releases?

We differentiate between detecting releases and running them. Running means we start creating pull requests for repos using that package.

Pretty early on we noticed two patterns around releases:

We looked at the data we had and realized that waiting for 24 hours before creating the pull request would avoid a lot of these cases. So that’s what we do: If a new version comes in before the 24 hours are up, it’ll supersede the older version and we will wait 24 hours again before we run it. For packages that release daily we do make sure to run at least one release a month.

Our reasonably-up-to-date strategy is another layer on top of this. Since it highly depends on the package and its release frequency, we can’t really predict when we will run it. But we always wait at least 7 days and at most 30 days.

By using this strategy you’ll also have a bit of a buffer, which can come in handy for releases containing malware or similar issues, which often take some time to get detected.

When not to wait

There are a few cases where waiting doesn’t make sense and you want to get the pull request as soon as possible:

To give you more visibility and control into all of this we build a new page, showing you what’s happening for your org: 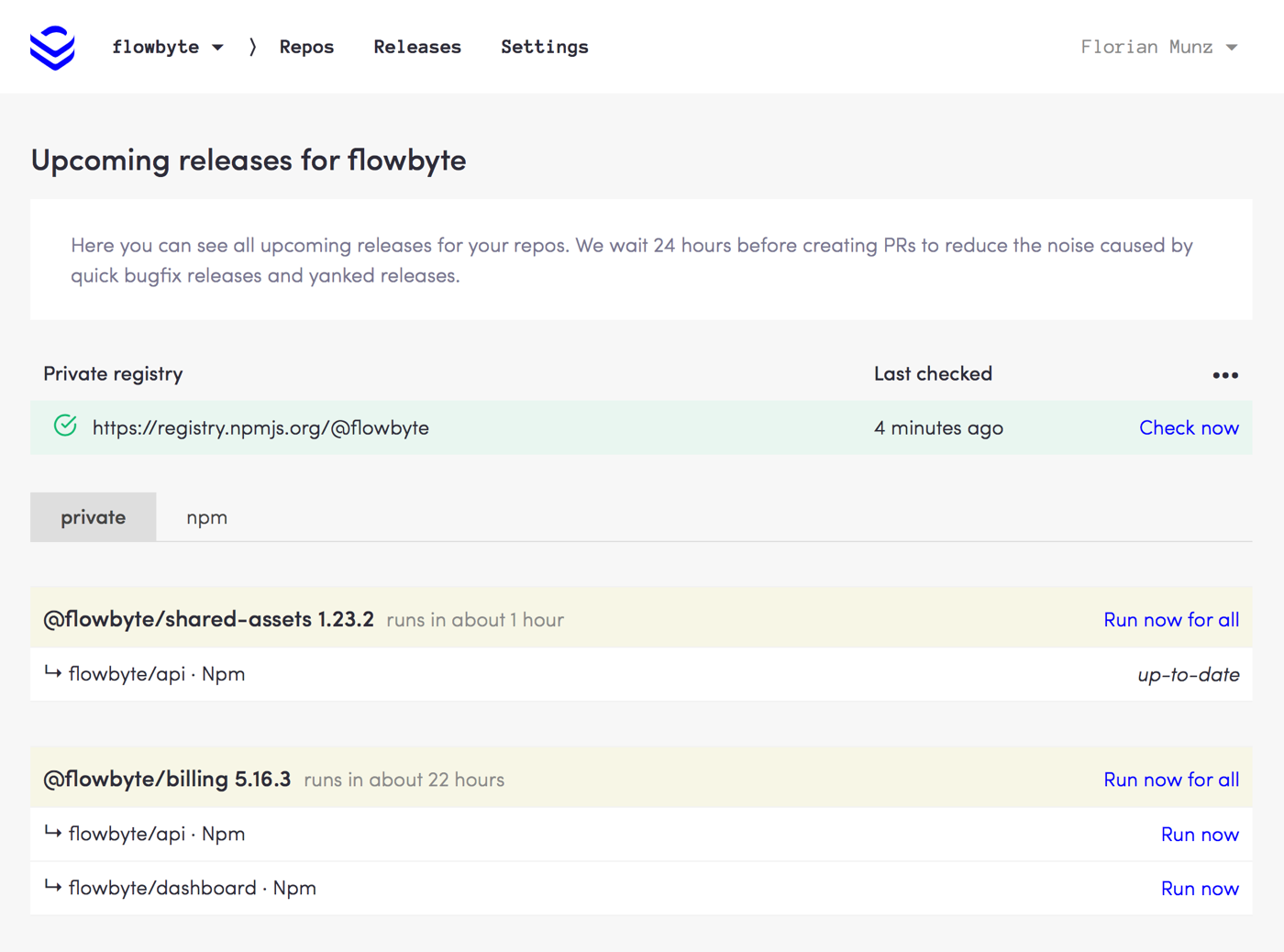 It allows you to:

Please give it a try and let us know on Twitter or via email if you have any feedback or ideas, we’re always eager for your input!