We’ve heard from several users that once you start using Depfu, you trust us fully with keeping you up-to-date. Which is great and exactly what we want!

But it also made us a little bit uncomfortable about the amount of insight we give you into the state of your dependencies.

So today we’re launching a new dashboard that shows you a detailed overview of your dependencies and their status in Depfu.

If you ever ran bundle outdated after using Depfu for a while, you’ll notice that there are still a few gems listed as outdated, even if you’ve merged all Depfu pull requests. Why is that?

There are two categories of updates that Depfu is missing out on:

It was also hard to get an overview of how far behind you were with your updates, especially on projects that just started to use Depfu.

That’s why we’re releasing a new dashboard to help you figure out where you stand: 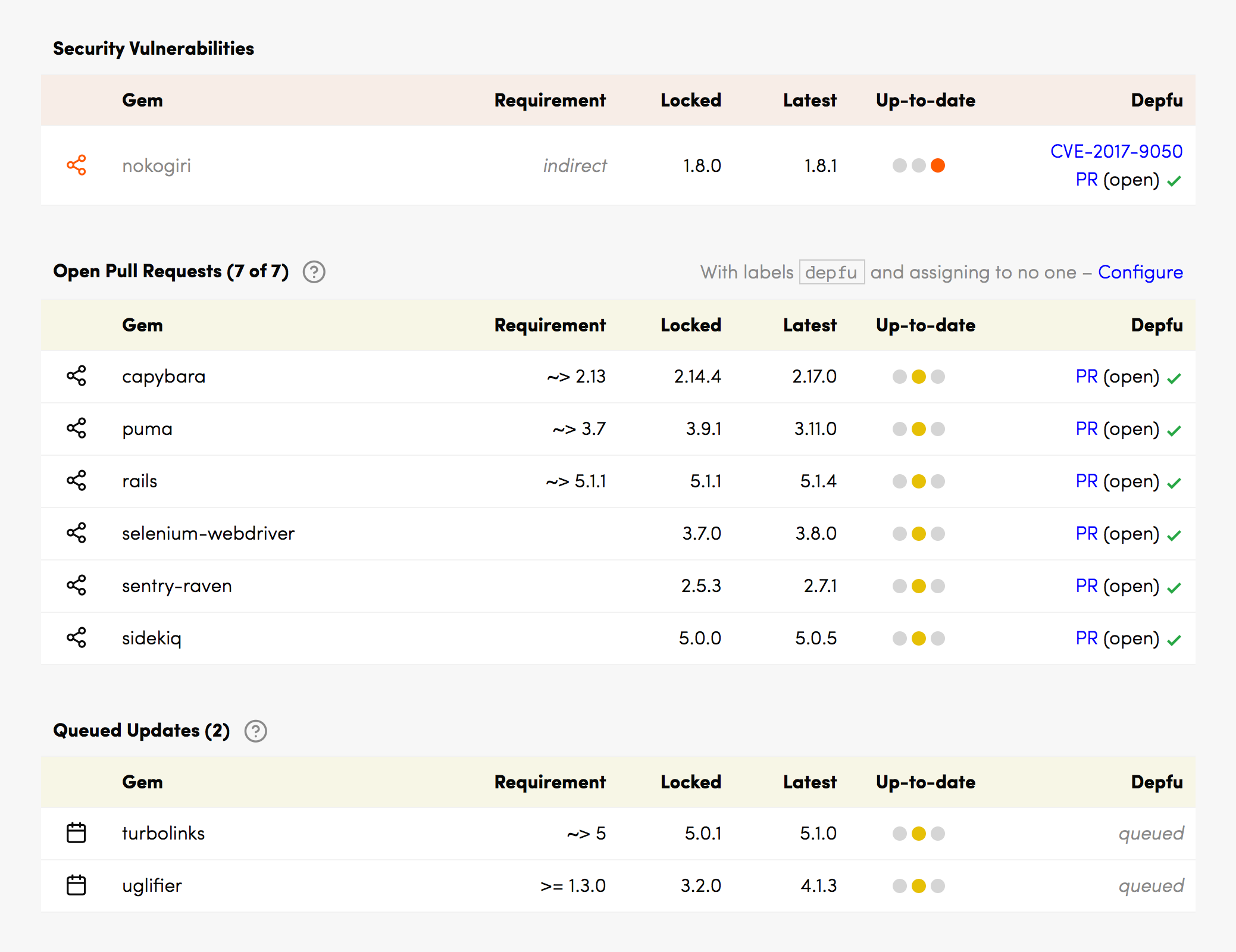 The dashboard’s primary focus is listing outdated dependencies grouped by their status in Depfu. It allows you to quickly see queued updates, outdated gems with a version spec and if there are any conflicts we couldn’t resolve.

The new dashboard is meant as an additional source of information, not your primary way to use Depfu. We still believe in doing as much as possible via pull requests and don’t require you to use our app at all. Which is why we’ve also started to add a small badge to the pull requests, giving you high-level stats about your repo.

The badge is especially useful if you hit our open PR limit and have updates queued. Before you had no way of knowing how many updates are hidden in there.

You can see the new dashboard for your repo by clicking the badge in your PRs or by logging in to Depfu and selecting your repo.

We’re also actively working on smarter ways of dealing with Bundler conflicts and indirect dependencies. But as a first step, we thought that actually showing you the state of affairs will give you more insight into the Depfu black box while we’re busy making it smarter.

As always, we’re very keen on any feedback, so just email us or let us know on Twitter, we’re listening.